This is the best known, the most popular but it is especially the oldest sex toys. It has existed even since forever. The earliest writings date back to the 3rd century BC, when two friends boasted of the pleasure of this object made at the time in leather. 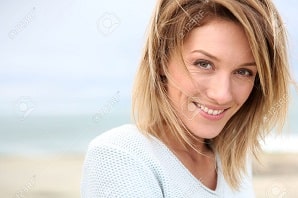 Hi, guys! I’m Kennedy, a 24-year-old single woman (oh yes! I’m a girl) from Charlotte, NC. I’m a researcher, writer, speaker, and a mental health advocate (mainly because of my experiences) who loves to talk about sex!

My interest in sex began when I ended my sexless relationship with my live-in partner. I decided to change my life and learn everything about sex. I figured if I had many things to discover but felt scared, alone, and clueless about it, chances are, someone out there was also feeling the same way. Thus, this website was created.

But enough about me. Let’s focus on the content of my blog. As mentioned earlier, I love to talk about sex. I share my experiences and give tips for stimulating your partner’s libido and for adding fun to your sex life!

So if you are in for a sex treat, hop into my website, and I will tell you how.